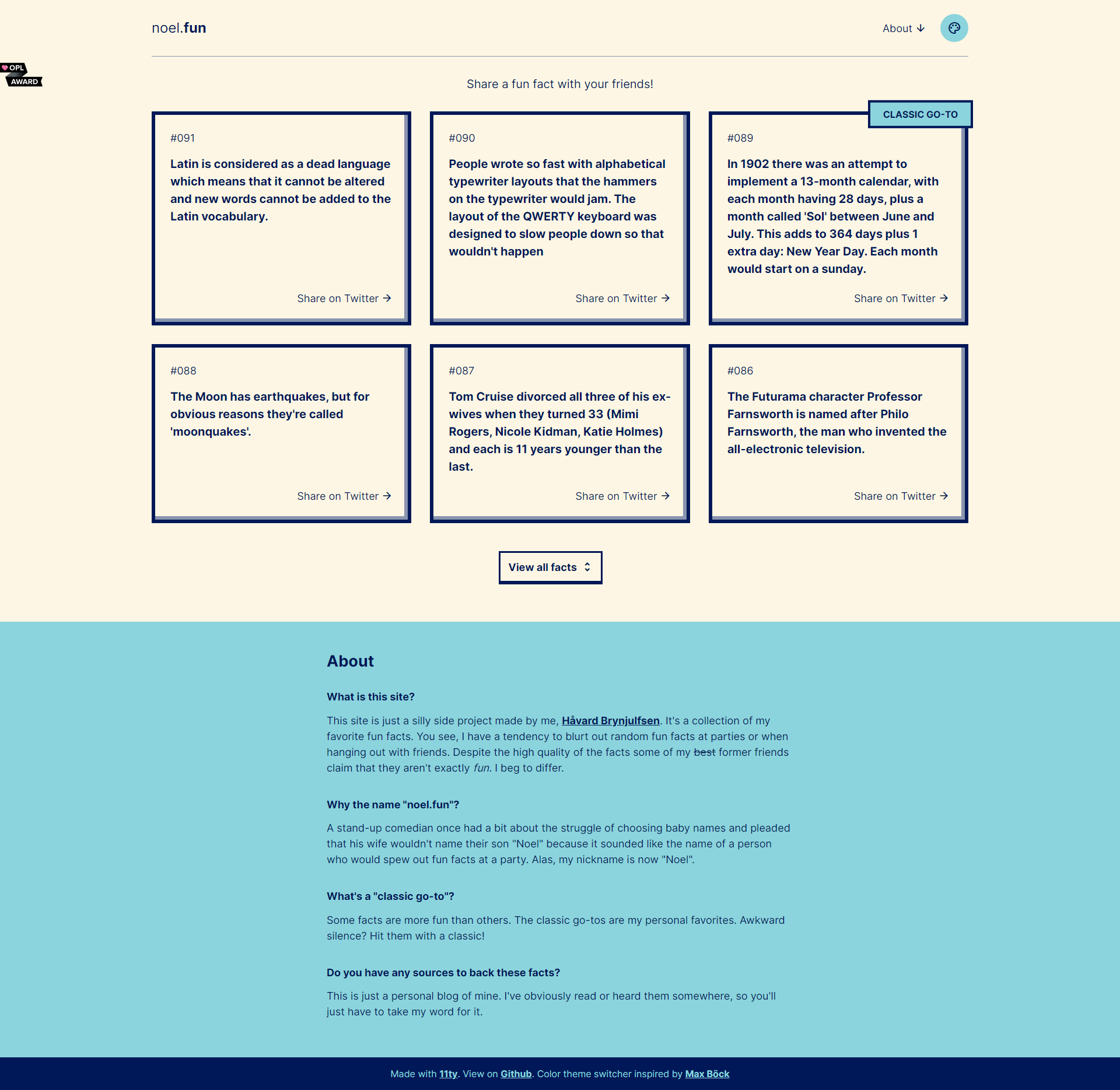 The backstory for this project, which is also described on the site itself, begins with an running joke among my friends at my expense that I'm always blurting out fun facts at parties. Every group of friends has that guy who just randomly tells you that hamsters can't blink with both eyes at the same time or that Viggo Mortensen broke two of his toes at that scene in 'Two Towers' (you know the one). In my group of friends I'm that guy.

They hate it. So, as a joke I told them that I would gather up all the fun facts I knew and create a website where I could post them.

Even though my friends didn't like the website (for obvious reasons as it made me even more powerful now that I can look up fun facts without having to remember them all) some folks did. Rob Hope's website One Page Love awarded me with a "Most Loved One Page' award, which I now shamelessly flaunt at the website.

The idea for the design sprang to mind after I created this hover effect on CodePen, which made me realize that I wanted a minimalistic looks for the site while still showing off some cool effects and stuff.

One of the cool things on this site (and also totally unnecessary) is the 'theme switcher' at the top.

Now, as it stated on the site itself this switcher is inspired by Max Böck's theme switcher, which he has gained massive praise for online. Although I like the final result I regret that I didn't do my own take on it. Even though it's different in terms of approach and code, I think i should've redesigned it completely, done something entirely different with it (like the theme switcher on this site). It looks too much like Max' right now, which in turn looks a lot like Happy Hues' theme switcher.

So as far as originality goes I'm not too happy with it, but it looks really dope.

For this project I used: